Don’t get me wrong, I love me some good old heart wrenchingly wholesome John Green literature to feast and fester on for days and weeks, but finding Will Grayson, Will Grayson at this point in my life was disappointing. I found that I was not fascinated by the characters and confused by the story which was unfolding with its relevance being somewhat blurred by the messy storytelling. I had such high hopes for this narrative at the beginning that near the end it was a struggle to finish. In my own words, it was just meh.

Will Grayson, Will Grayson provides us with two protagonists of the same name, Will Grayson and Will Grayson, however, their names do not seem to be the only thing they have in common. Both boys struggle with feelings of a lost identity and a clear lack of a self-conceptualisation due to their fatal flaws of naivety and selfishness. The catalyst for change in this story manifests a physical form in the larger than life (and I mean literally) Tiny Cooper. As Tiny connects both of these boys to his life (and his impending concert of gayness) they begin to unravel more about themselves that would have been impossible without Tiny’s help (or in some cases lack of help).

Without Tiny Cooper, this book would have been unreadable. I found it hard to feel sorry for the Will Grayson’s when their flaws were self-inflicted, and I really didn’t find much that I liked about them by the end. With their personalises and stories being explored to such a large extent in the first half of this book I expected to at least enjoy the characters that I was reading about, unfortunately it didn’t end up that way. I’ll admit, some of the things both boys said were funny and I enjoyed the sarcasm and black comedy in this book to some degree, but it doesn’t negate the boredom I felt throughout the majority of this book.

Tiny Coopers role in this book was spot on, as a catalyst to attempt to redeem both Will’s, however, was unsuccessful in redeeming this book in my eyes. His humorous and bubbly yet sadistically selfish nature is so intriguing to read about. Both Wills attempt to psychoanalyse what Tiny is thinking, they figure out that it’s impossible because it is just who Tiny is. That is brilliant character design.

The diversity explored throughout both boy’s storys is another positive note with the acceptance meter being off the charts. I enjoyed Will Grayson coming out to his mother and Tiny’s representation as being a large guy who plays for the football team and has all these friends but is inexcusably gay. It’s fascinating and I guess can be understood through the plethora of backstory we were able to digest. More on this would have been a big plus from me because I’m also a big gay. 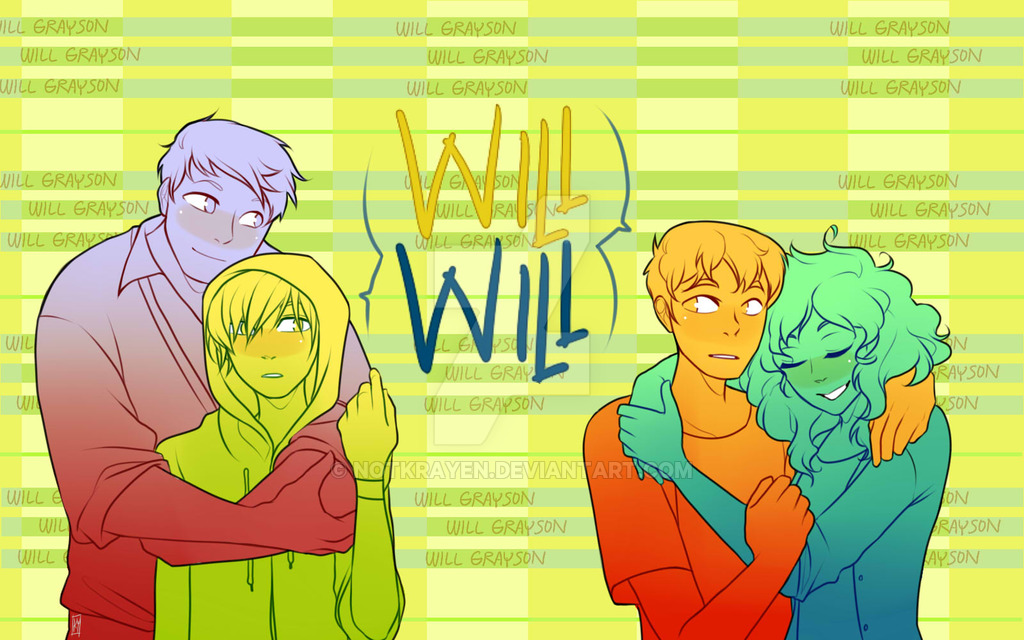 Side characters such as Nick, Gideon and Gary were nice touches to the story (however a little neglected I feel) but none beat the behemoth that was Jane. Such an interesting character, an intelligent, badass, human person with real feelings of doubt, insecurity and remorse. Subtle moments with herself and Will Grayson felt so right in so many ways and made me fall in love with this book (a little bit). She felt extremely real and relatable in this story with feelings that humanised her actions unlike both Will Grayson’s.

But you see, I can’t justify 300+ pages of writing for this story. With an ending that doesn’t breed clarity and isn’t completely satisfying, I believe that this book fell short and felt like there was a finale left out of the final release. I was bored throughout the majority of the story with both Will Grayson’s not shining to their full potential as characters as they were overshadowed by more likeable characters like Tiny and Jane. I found myself guessing what the next move of each character would be correctly and not being happy when I did. I wanted to be surprised but found my expectations were being met a little lower than what I had forecasted.

This story struggles with making its protagonists likeable, unique and truly human as their flaws seem programmed into them. The Will Grayson’s both feel kind of static and two-dimensional at some moments when they should have more depth.

All in all, this book doesn’t really float or sink, I would say it exists between both in a median I like to call ‘flink’ where the hope for this book being good is both dead and alive. My recommendation? Just don’t open the book! That way it will be both good and bad.