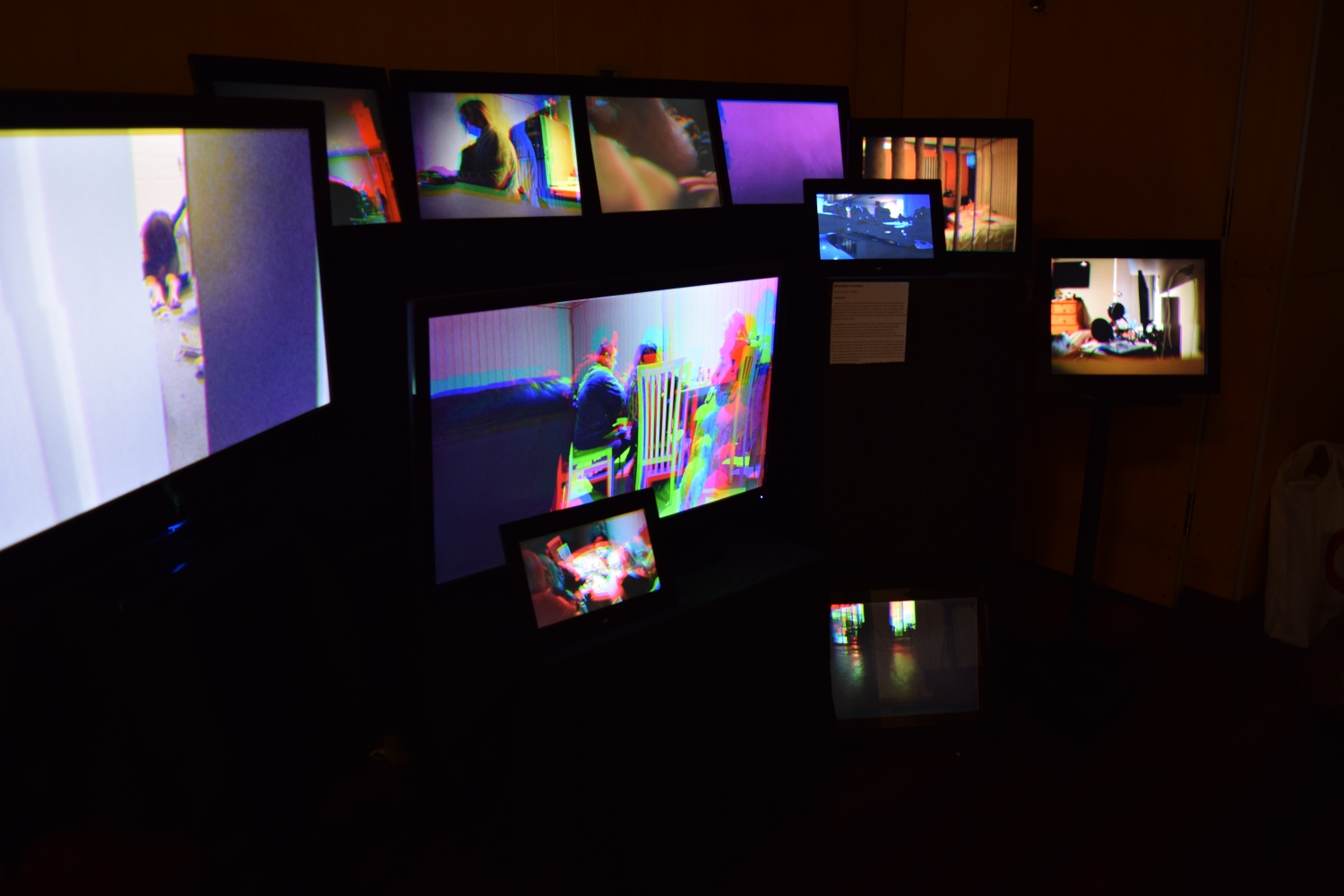 ‘Geoslaves’ (2018) is a subversion of the contemporary use of screen mediums to elicit a manifesting paranoia correlating to surveillance culture ideologies. Using multiple screens, inspired by Gary Hill’s In as Much as it is Always Already Taking Place (1990) and David Hall’s End Piece (2012), the audience is subjected to the reality of a pervasive and invasive experience, being the personification of societies paranoia towards ‘others.’ 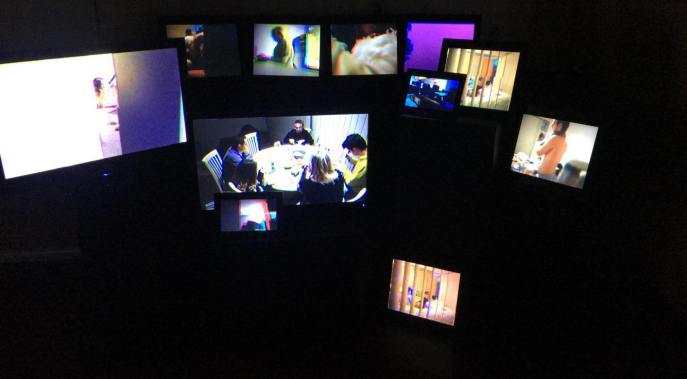 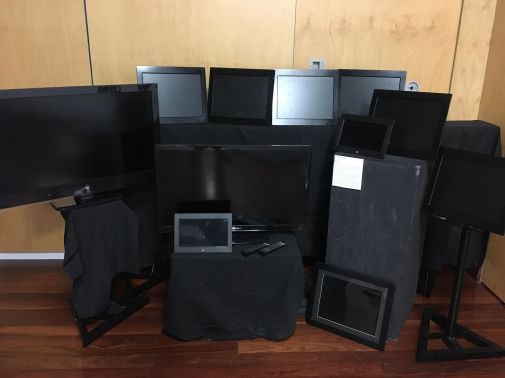 The deliberate manipulation of footage to create an aged VHS aesthetic (glitch art) or CCTV connotes to Nam June Paik’s V-yramid (1982). By manipulating RGB channels, wave warps and noise in editing footage, Geoslaves is able to emphasise the notion that technology controls humans, creating a culture manifesting paranoia, discontent and a glitch in our societal system of surveillance.

Geoslaves correlates to the study of Jerome Dobson (2003) Geoslavery, stating that we are becoming more comfortable with being slaves to our geographical location and surveillance culture. Following a non-linear storyline through the application of eleven screens allows for audiences to interact with each story here uniquely with user experience being different each time. This experiences plays with the notions of reality, whereby a fractured space of discontinuity forms a continuous narrative. Sit back and enjoy people watching.