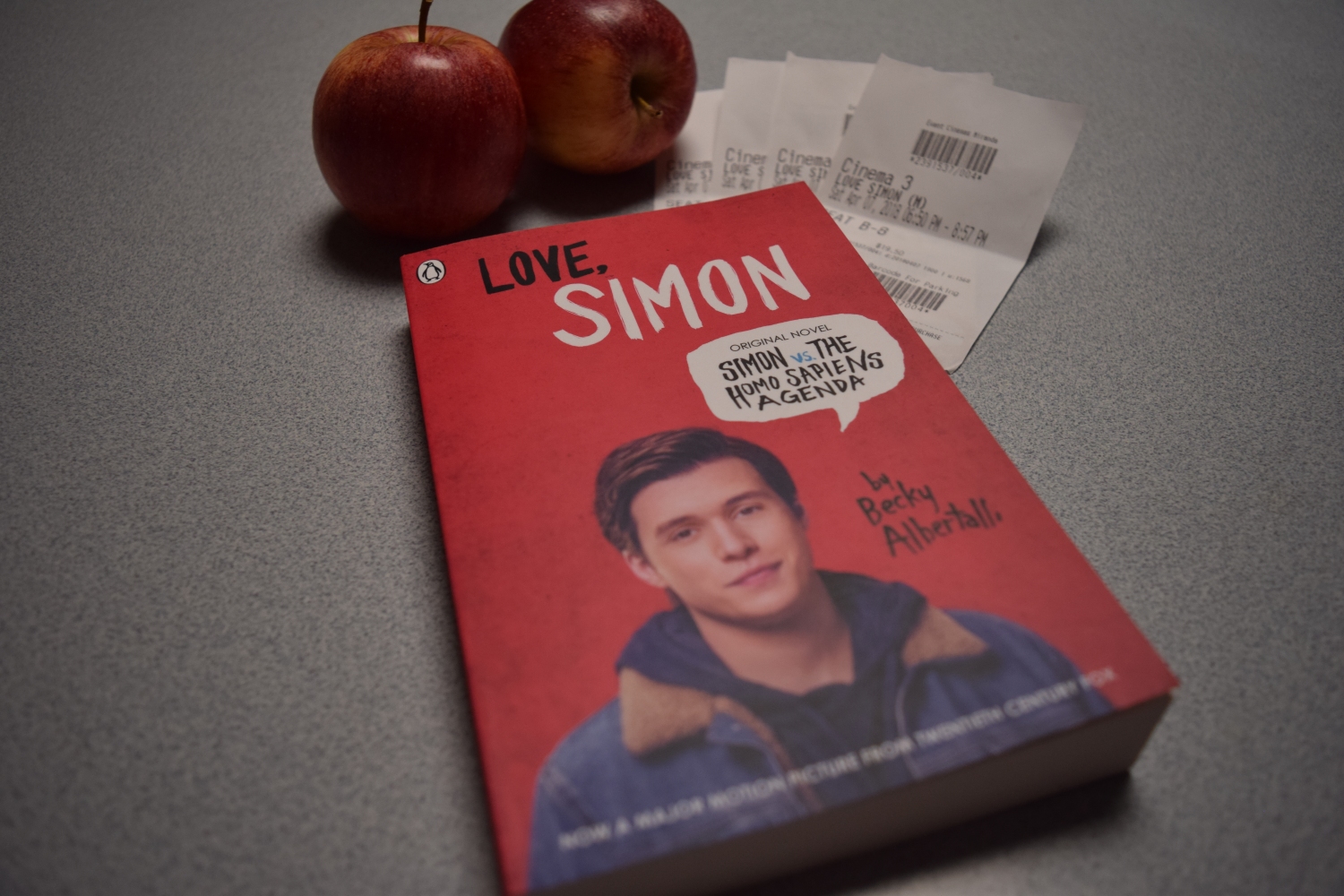 I read Love, Simon three months ago, saw the movie three weeks ago and saw the movie for the second time thirteen hours ago. This film is so unrealistically beautiful that I truly can’t help to love it.

This book normalises the anxiety, feelings and thoughts which people who are struggling with their sexual identity go through. For me, coming out was made easier from Simon’s story. Having someone to relate to (even if it is a fictional character) is so empowering for people.

The relationships, social interactions and characterisation of this book when compared to the movie is actually out of this world. Simon and his family have so much more depth while missing characters and scenes provide more insight into who Simon is as a person, throwing away these social labels that we place on him in the film.

Love, Simon as a film delivers for a wider audience. The novel provides an individual with so much more. Hardships which Simon faces, the depth of his story and the growth of the people around him is explored so much more and is needed to truly understand who Simon and the people close to him are.

These media may be synonymous somewhat, however, they share a symbiotic relationship where one cannot function without the other.

I love Simon and I love this book and film so much.

You could say I’m completely infatuated with Simon, you could say that I un-dispitudely love him. It may be because he’s being played by Nick Robinson or because he’s just so darn cute. My ideal guy? Possibly? My ideal story? Definitely.

This novel isn’t one for the faint hearted and neither is the film that came out in late March. The emotional roller-coaster that Greg Berlanti and Becky Albertalli have taken me on in the past few months as I consumed this media was an experience I never thought I would have. Being exposed to such relatable characters, story and teenage angst exemplifies the struggles of living in a world where your little differences and secrets could destroy your world.

Love, Simon explores the life of Simon Spier, a seventeen year old high school boy. We see the relationships with his friends, friends and his school carry on, just like a normal teenage boys life would. Except Simon has one secret. He’s gay.

I wrote the rest of this review over on Chattr so you should go check out what I think about both the novel and the film. It’s an experience that no individual should go without.

I would also like to mention that the soundtrack is absolutley killer and Wild Heart is now my number 1 played song on Spotify. No I don’t have a problem. Well, maybe I do. I JUST LOVE THE MOVIE SO MUCH OKAY.