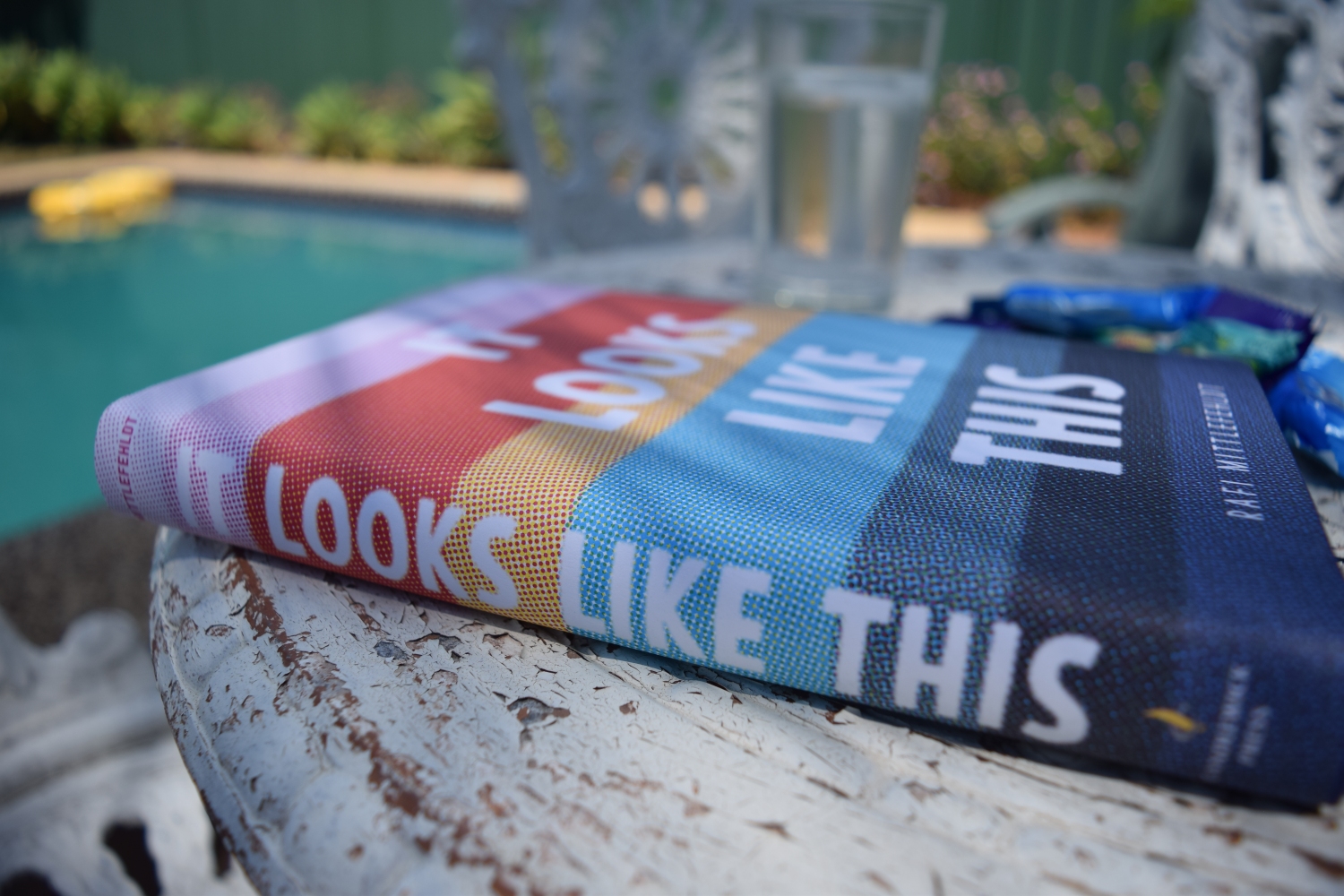 I was welcomed to a world which appeared so real, it seemed like an autobiography of my life.

It Looks Like This is a slow paced collection of moments that collate into a beautiful story manifesting understanding, hope and acceptance.

Mittlefehldt has created a vivid world by incorporating a somewhat strange prose, however, heightening the key moments of Mike’s life and inner (and outer) demons that he has to face throughout. It cultivated a relatable feeling of isolation, anxiety and strange phenomena that is inside all of us.

Mike is a fourteen year old boy being introduced into a new setting after his father is designated to a new post after a shift in jobs. His life gets turned upside-down having to deal with his family, bullies and most importantly, a boy called Sean. Mike grows up in an anti-homosexual household with an extremely religious father while entering his sexual awakening. Slowly, but inevitably coming to terms with who he is and that his family cannot influence his decisions in the future, Mike takes a stand for his believes and allows himself to exhibit his true self.

I was completely enthralled in this book from the first page. The beautiful imagery of a sunset fading into darkness and sunrise bringing a new hope is brilliant foreshadowing which has been incorporated to convey Mike’s growth from beginning to end.

His transformation is something which I admire and despair as uncontrollable forces treat him like a rag doll in a washing machine. The characters which support him in It Looks Like This all develop in their own way, becoming increasingly comfortable with their own acceptance of Mike and themselves. Relationships forged by Mittlefehldt have been crafted with care and brings these characters to life. Every person Mike interacts with feels tangible, appearing right in front of my eyes.

Mike’s joy, pain, suffering and happiness were all tender and authentic, juxtaposed to his family’s ignorance and denial of who Mike truly is. His narration is superb as his acute sensitivity to his surroundings and himself creates riveting descriptions of his thoughts and world around him.

I’ll now get to Mike’s wonderful relationship in this story which is the best piece of writing and plot crafting I’ve ever come across. It prompted me to weep like a small child after I closed the book. The honesty from Mike in his journey was so extremely relatable, his fear, his excitement, his happiness and his terror all were so real and truly came from Mittlefehldt’s heart. All these emotions were explored beautifully and just made for an all around enticing read.

It truly explores all types of relationships, between enemies, friends, partners and most importantly family. Mike and his partners parent’s both suffer hard truths about their sons, some accepting, some rejecting, but ultimately understanding how to move on from cataclysmic events which could have been avoided.

I devoured it all in one sitting and I don’t regret one second (well maybe I regret sobbing into my pillow more than one time but apart from that nothing).

It Looks Like This truly is a one of a kind novel, weaving a world which took my breath away, kicked me in the ribs, then stomach, then head. Not only does it make me wish I was there for Mike, it makes me want to jump into his world, hug him and tell him it will get better. The empathetic feelings I get from this book truly goes to show how the well these characters were created, and I love it.

It really has been one of my favourite reads ever.