Throw a bunch of farm animals, a dead farmer and a satirical story full of sabotage, lies and deceit and you get Murder in the Hay. Like finding a needle in a haystack, Noah, Emily, Koletti and I attempted to create a game which had elements of hidden information, materiality and was clearly narrative driven. What we came up with is satirical farmyard theme which is reminiscent of an Animal Farm/Charlotte’s Web style setting with an Archer aesthetic, having eight overly exaggerated farm animals with clear stereotypical personalities who are trying to unravel the mystery of a murder which has befallen their beloved farmer, quite literally, in the hay (he hit the hay hard).

We all enjoyed the manipulative, metacommunicative, hidden information theme of The Resistance and the materiality of games like Cluedo. However, bluffing games tend to become very similar to each other and breaking into an already saturated market of over 360 hidden information board games (Boardgamegeek, 2019) will be quite difficult without a unique concept, hence the use of satirical, over the top personalities in the form of farm animals.

An example of one of our eight characters is Henrietta the Horse who is an absolutely stuck up bitch, so her role and abilities suit her personality. As she is of noble blood and better than everyone else, once every two rounds she is able to check both players save/murder cards before they put one down. As Podge, you are able to steal an ability from another player every turn, as Carlos, you can block a players ability, etc.

We came up with various iterations for our games playstyle (captured below) such as a circular board in which players attempted to stop saboteurs from getting to by using specific player profile abilities and figuring out who the murder/s were along the way. 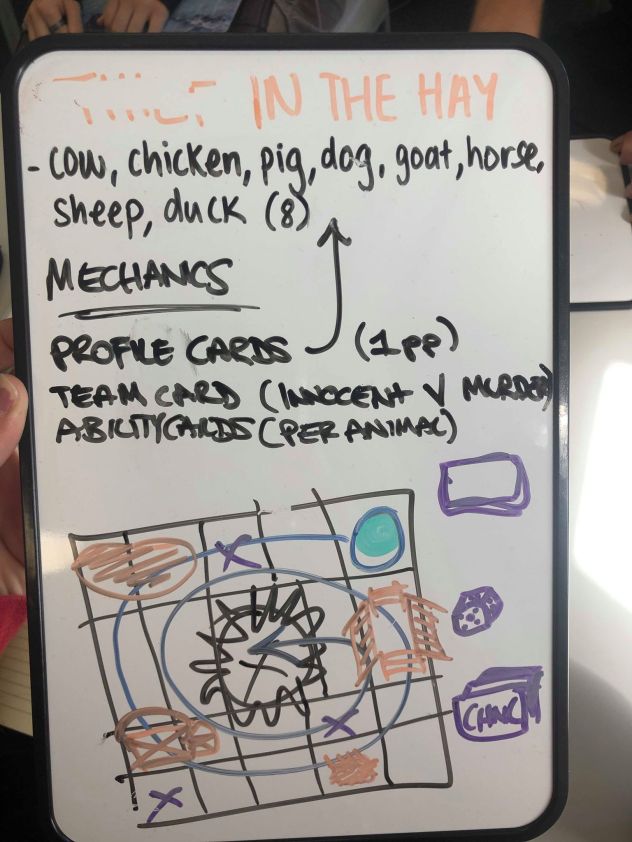 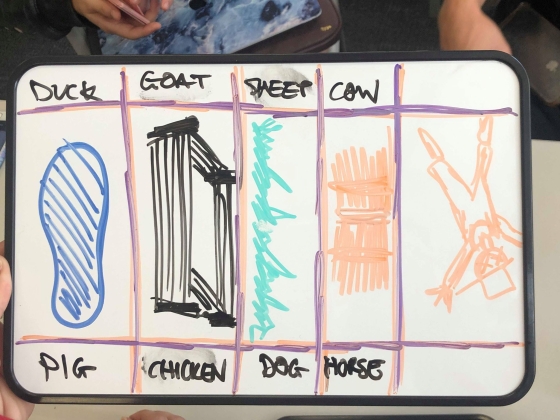 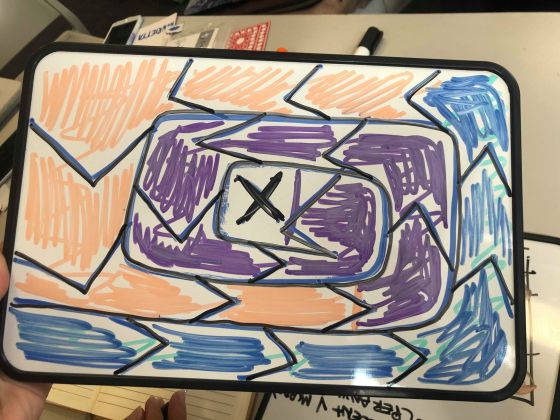 It became infuriating as our theme, narrative and ideas were strong and we were determined to make it work. It became hard to differentiate what would work and what didn’t work with the rules and mechanics, becoming a satirical story about ourselves, trying to figure out the mystery of how we would create an end for this game.

Eventually, we had a breakthrough, and it was invigorating.

We decided on a Cluedo style gameboard with five areas: 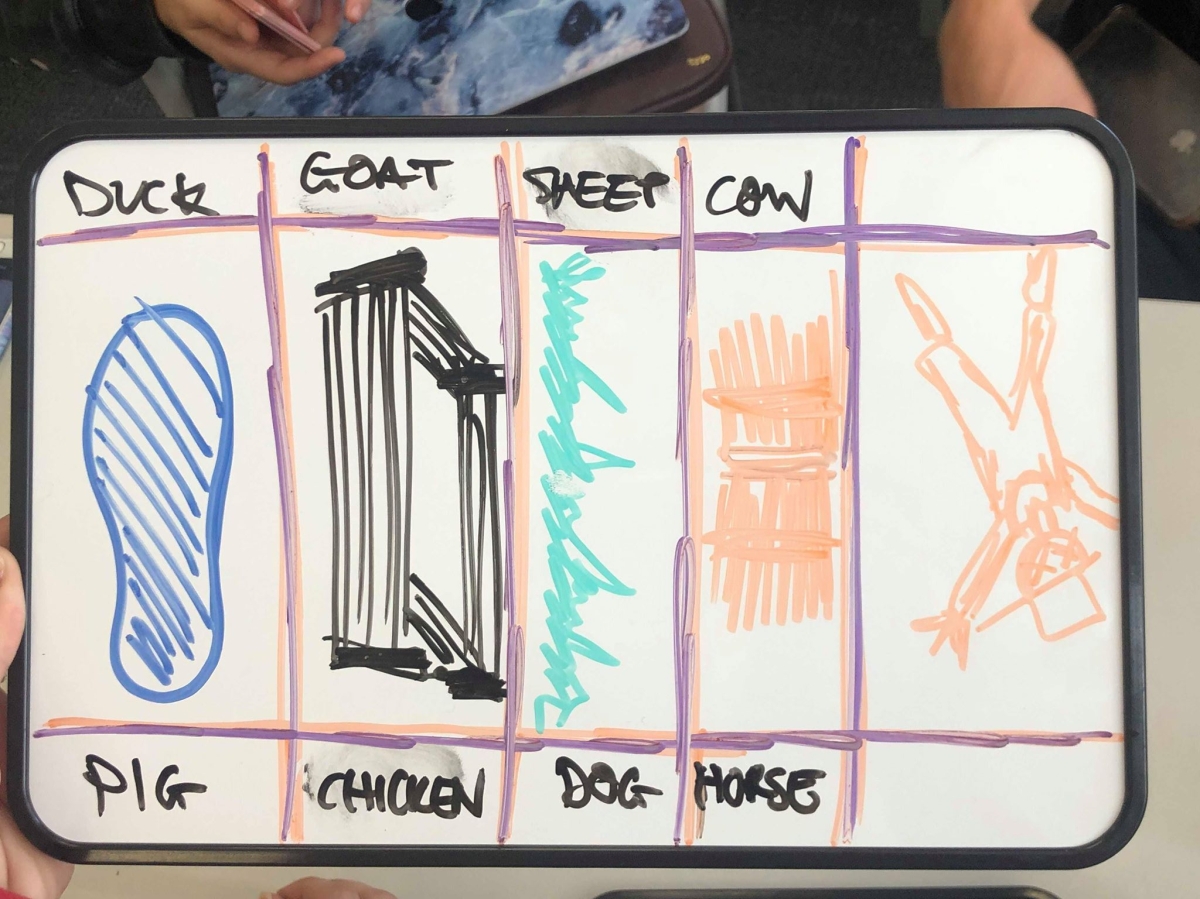 Murder in the Hay follows a three-act structure whereby:

Our mechanics involve character cards and their abilities, alignment coins (murderer/innocent), action cards (a deck of 13 cards, 5 saves, 8 murders) and a turn-based style where pairs of characters decide whether more murders will continue or not. 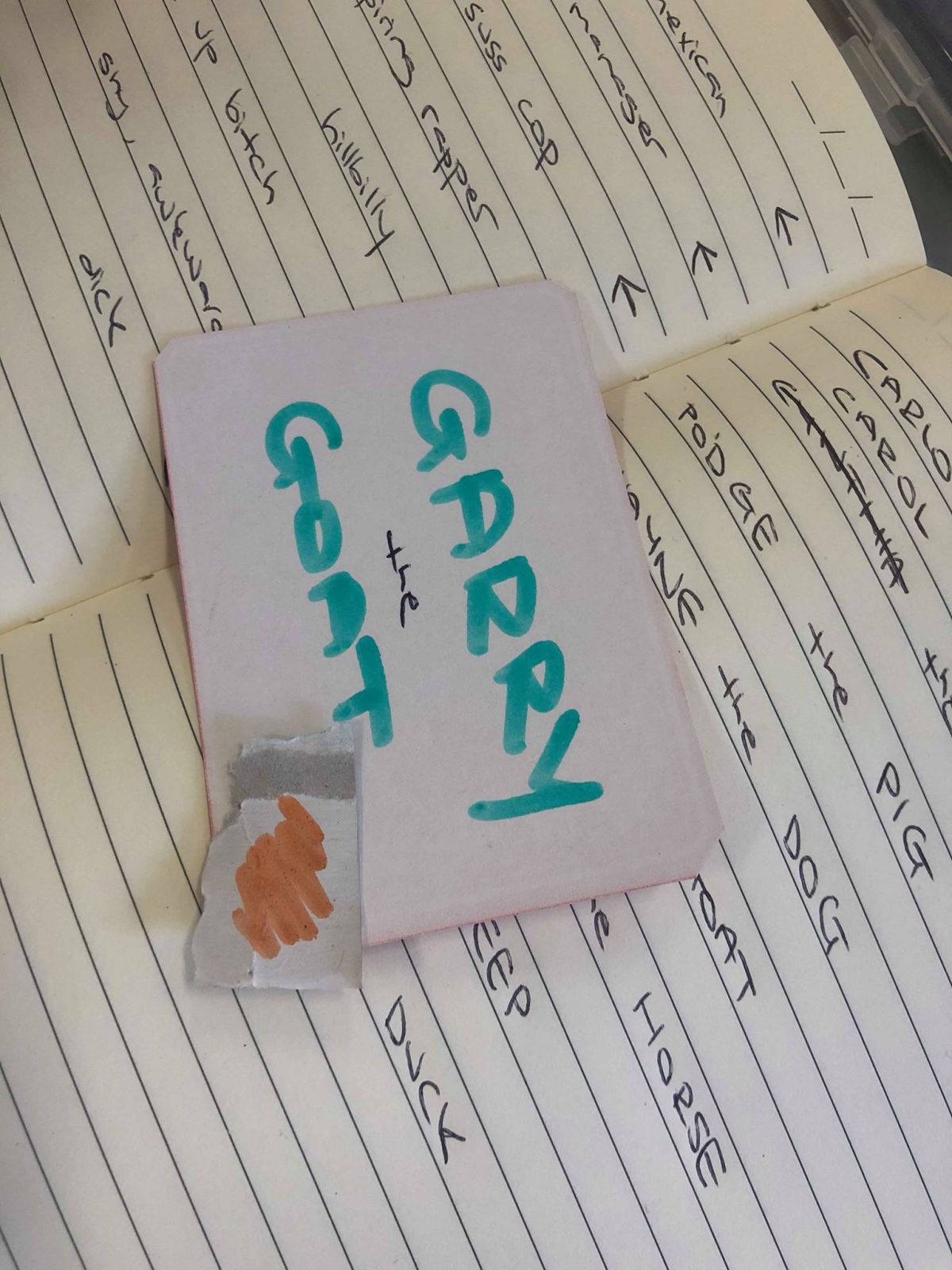 Gary’s player card and his alignment of ‘murderer’.

The rules for our game then become reliant on this three-act structure and our mechanics, whereby character profile cards, alignment and players metacommunication become key in figuring out who the murder is. From this, we came up with a few simple rules:

Our game niche in that it narrows down an older (12+ ages) audience immediately in the title with its themes involving death and murder. The main aesthetic being archer-esque, the theme involving death and gameplay revolving around deceit, sabotage and manipulation makes the game experience quite dynamic with a high level of complexity. However, we aimed to create a game with asymmetry, with obscene characters, stories and aesthetic to fit with our chaotic theme of all these animals having personified personalities.

As for my individual contribution to our Murder in the Hay game pitch, I will be finalising our overall theme, story and cementing the rules. As I have a background in marketing, I will also assist in researching existing games and avenues for our game in the future as well as assisting in the creation of our presentation. Each member of our team was able to identify their roles based on their strengths, with more team meetings a well thought out game is definitely achievable.